Smell of Soil is an intermedia installation, in which I interpret a poem by Maria Kozaczkowa under the same title.
This work has emerged from the need of recognizing viewers relation to the matter of soil as a medium of symbolic and substantial values – within the exhibition-project “Machine for disappearing” in Cellar Gallery in Kraków.

Little nook and a little path leading to it – spaces in which I have installed my work – within the exhibition underground of Cellar Gallery, which has been respectively processed by me. Digging in a solid soil I softened it and deprived of its brick properties. From extracted bricks and stones I laid the pavement which led to the nook, whithin which took place projection.
Looped video image was projected onto plowed soil of the nook, presenting a tree – seen from the frog’s perspective, and me – climbing it up (projection gave the impression of rumble into the interior of the ground) and going back down (returning to the level of the audience). 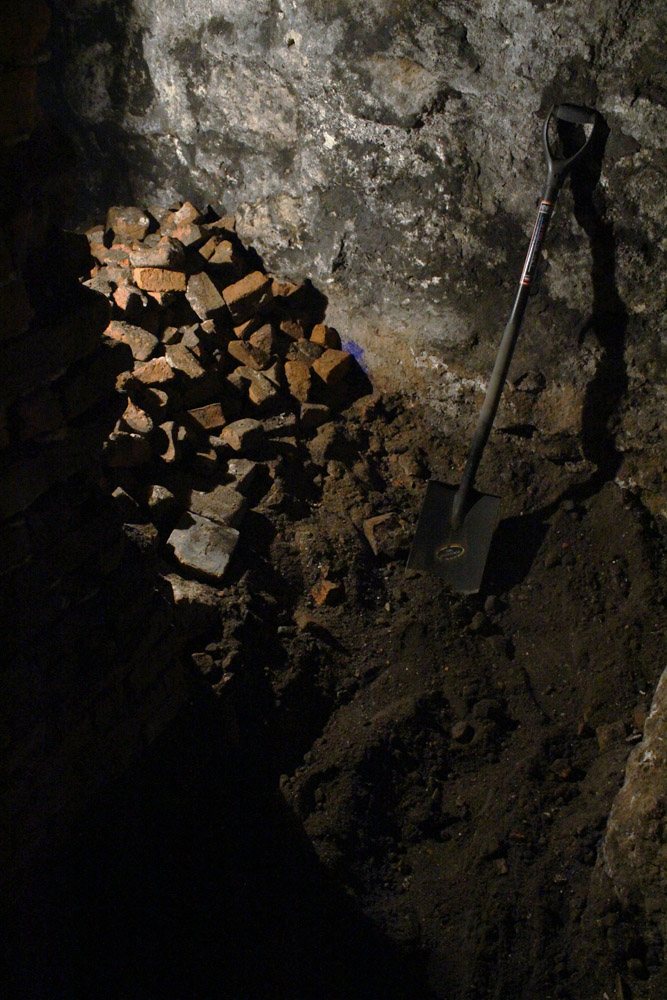 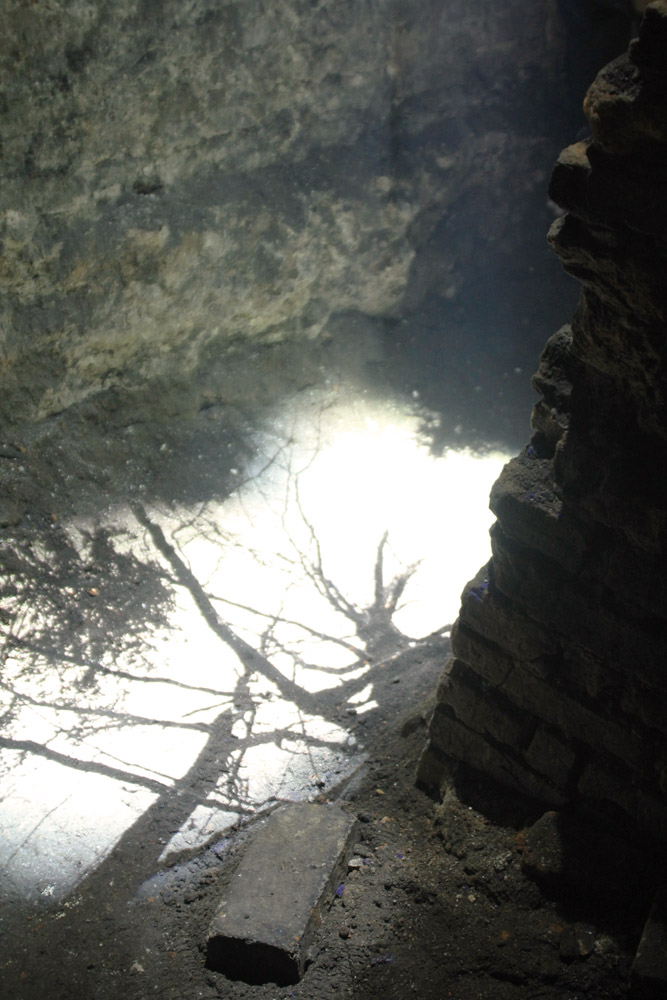 Bricks dug out of the ground and the projection soil.

Smell of Soil
Soil has an eternal smell,
mysterious as nonentity,
intangible as a shadow,
faithful,
reliable.
Will not abandon nobody
and will not betray!
In a tiny bit,
in infinite massif
and in four boards,
below the ground
deep
smells like something,
that passed in joy
or in suffering:
soil smells of human!